That’s How You Make a Splash: Slime Cannons, Sewer (Public) Servants, and More [The Weekly Wrap] 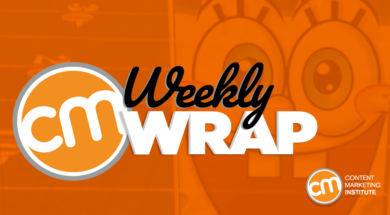 This week, we noticed the NFL and Nickelodeon repackaging content, a sewer district naming names, and a $75 million content property that’s only now considering a website.

WHAT: Nickelodeon (owned by ViacomCBS Domestic Media) recently aired a kids’ version of the NFL wild-card playoff game between the Chicago Bears and New Orleans Saints on Nickelodeon. (The mainstream version aired on CBS.)

Game announcers for the broadcast tailored their play calls to resonate with children. Touchdown celebrations involved more than a quick dance – yep, those are virtual slime cannons.

that’s how ya do it BIG TIME pic.twitter.com/4KjF0md1FE

“It was Mister Rogers meets John Madden,” noted ESPN writer Tim Keown. He shared how the title character of CBS’ Young Sheldon explained the penalty calls with kid-friendly language such as “A false start … is like when my dad starts shoveling in dinner before Mom says grace.”

WHY IT MATTERS: It’s all about growing audiences. Children who grow up watching a sport turn into adults who continue watching that sport. After decades of airing NFL games, ViacomCBS opted to reach a new audience in a fresh, interesting, and relevant way. The rules didn’t change. The players didn’t change. The game time and field didn’t change. What changed was the way all that content was packaged. And it transformed the experience for all viewers.

HOW IT WAS DISCOVERED: CMI team (some of whom love football, others who love Nickelodeon) spotted the broadcast.

A false start … is like when my dad starts shoveling in dinner before Mom says grace. The @NFL and @Nickelodeon teamed up to recruit a younger audience – and transformed the #content experience for all viewers via @CMIContent. #WeeklyWrap Click To Tweet

WHAT: The locally famous NEORSD Twitter handle thanked each of the agency’s employees individually on Twitter by their first names. Some of the mentions included a unique shoutout, such as a thank you for their support on the help desk or congratulations on impending retirement. 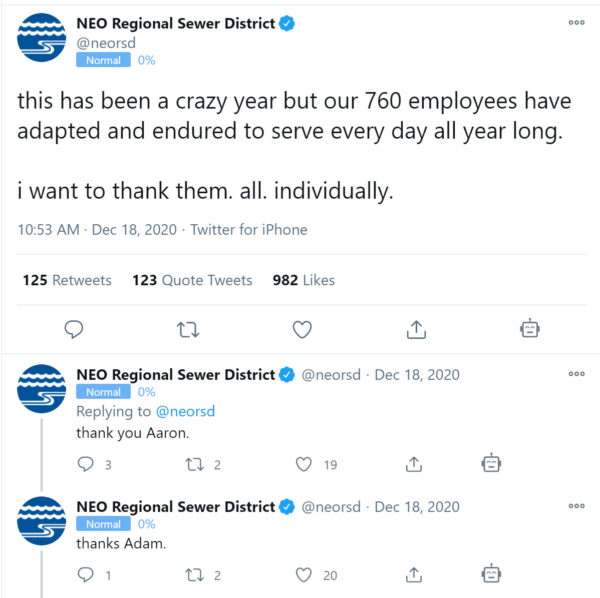 WHY IT MATTERS: Everybody likes to be acknowledged, and mentioning employees in your content humanizes your business. Plus, employees are more likely to check out and share your organization’s content when they feel connected to it. The hilarious NEORSD account often involves employees in its content and uses humor to enliven what could be a boring account for a wastewater treatment agency.

HOW IT WAS DISCOVERED: Some CMI team members get their laughs from this Twitter handle and spotted the employee example.

WHAT: Morning Brew – the email newsletter two University of Michigan students started in 2015 and sold a majority stake to Business Insider’s parent company for an estimated $75 million in October 2020 – is going multimedia. After amassing an audience of 2.5 million business leaders, the team plans to expand into shows, podcasts, and maybe even a website.

WHY IT MATTERS: After five years and millions of dollars earned from ad revenue, Morning Brew is only now considering a website – something most businesses consider a staple. It’s a great reminder (and case study to help you convince bosses) to focus on making a singular tactic successful before adding a new content tactic.

“From the start, they knew to create an email that they themselves would read,” wrote John McCarthy in The Drum. “Riddles drove intrigue. Quotes provoked thought. Bullet points kept people moving.” 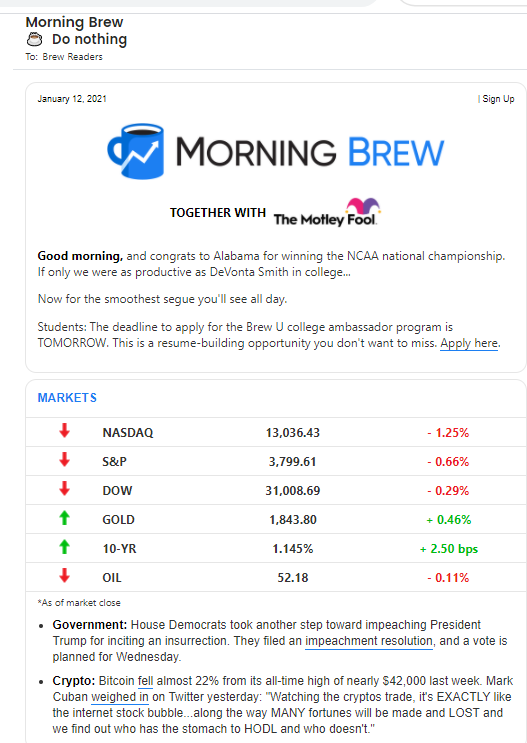 HOW IT WAS DISCOVERED: A CMI team member saw the article in The Drum (we always love a good story about e-newsletters).

Can you build a business without a website? @MorningBrew proves you can – if you focus on great #content for your most engaged audience. See what they’re up to next in the #WeeklyWrap from @CMIContent. Click To Tweet 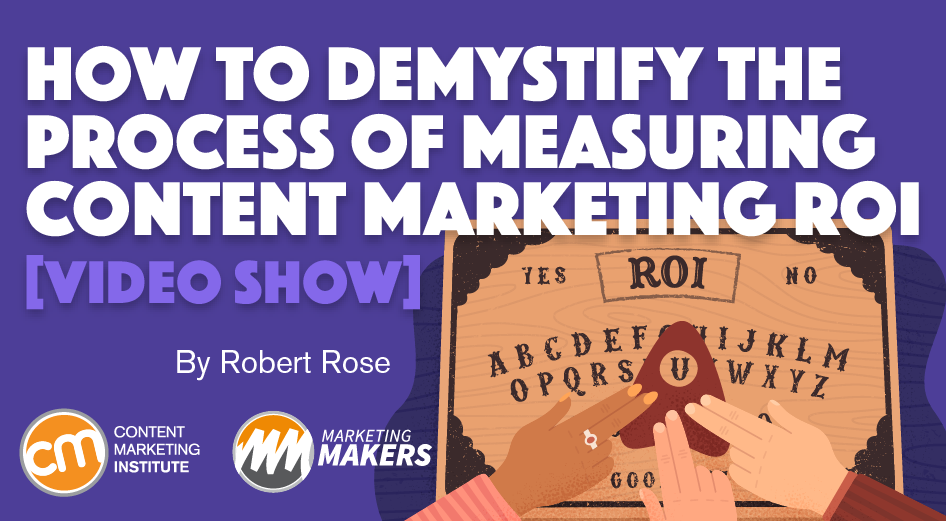 How to Demystify the Process of Measuring Content Marketing ... 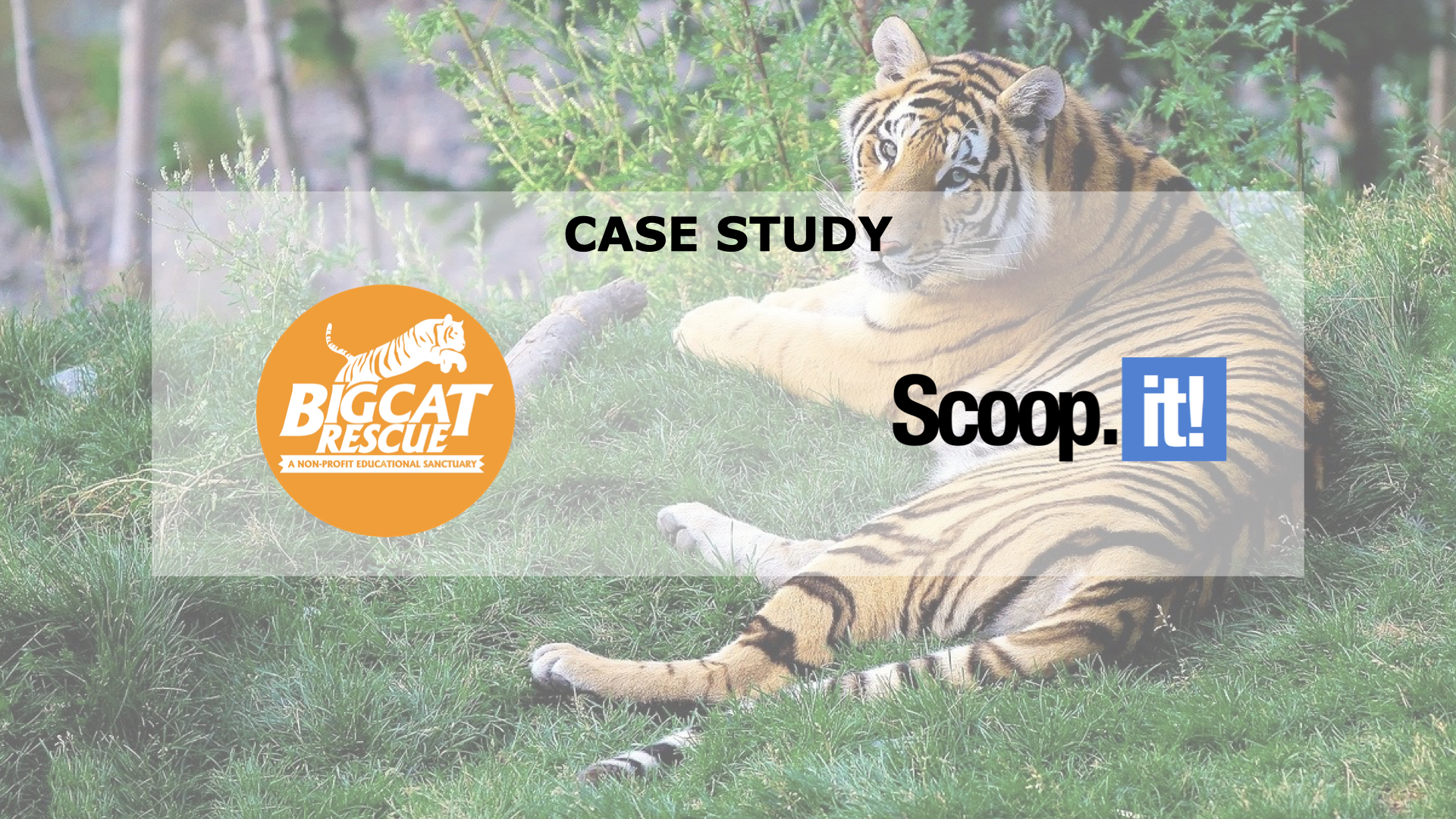 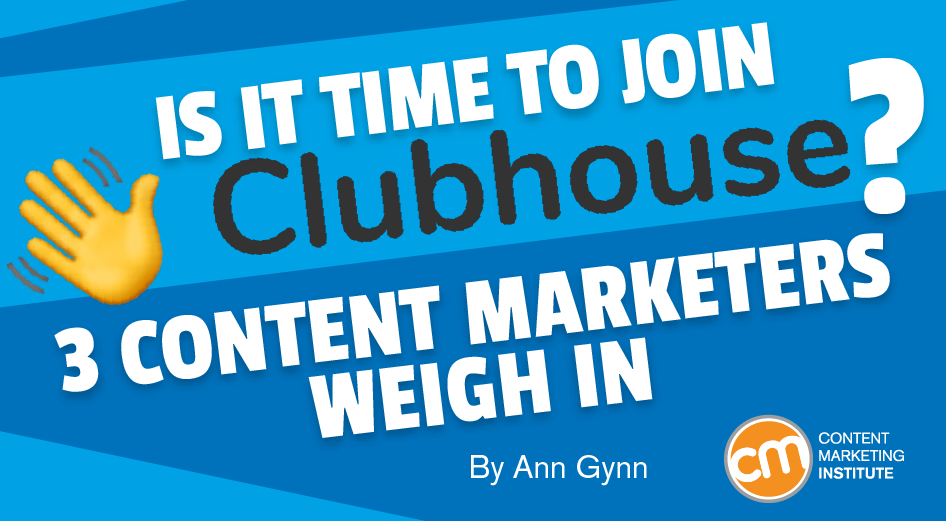 Is It Time to Join Clubhouse? 3 Content Marketers Weigh In

Is It Time to Join Clubhouse? 3 Content Marketers Weigh In