The secret to accomplishing this — to becoming an organized and efficient Facebook advertiser — is found within the naming convention of your advertising campaign.

If you don’t have a naming convention, forget about it. You’re just flying from the seat of your pants.

But if the right information exists within the name of your campaigns, ad sets, and ads, Facebook Ads Manager reporting becomes infinitely more valuable. The purpose of this post is to help you understand the qualifiers that need to exist within your naming convention so that you can become a more efficient advertiser.

Understanding Why Naming Convention is Important

Let’s say that you’re running a Facebook ads report for the past 30 days to determine how well your campaigns have driven traffic to a particular client’s website (they have three websites). In order to do this, you’d need to focus only on the following:

But when you load that report for the past 30 days, it includes a whole bunch of stuff. Following are the things that you don’t want to see:

To limit what you see in this report, you’ll need to do some filtering. That’s done by clicking on the “Search” and “Filter” dropdowns…

The search filters are going to be based on the name or ID of the campaign, ad set, or ad (or tag, if you use them).

The filters have improved drastically over the years. They now include delivery, objective, placement, metrics, audience details, and more.

All of this is great, but what about the client name, client website, and optimization? None of that is here. Unless, of course, you use strong naming conventions.

That may look crazy, but the defaults are simply “New [campaign, ad set, or ad].” That’s not helpful.

The ideal campaign name will include the following qualifiers:

Note that a qualifier is only necessary if you create campaigns with variations of that item. For example, if you don’t take on clients, there’s no need to reserve a spot for the client name. And if you only manage one page, that may not be necessary either (though you may want to plan for expansion).

Here’s a real-life example of a name of a campaign that is selling the Facebook Pixel Masterclass, using the Reach objective:

[NOTE: A whole separate topic here, but this is remarketing to those who visited the landing page during the past 7 days but didn’t convert. Read this post on using Reach for purchases.]

In this case, the name of my campaign is very simple. If I were running multiple campaigns for this course using the same objective, it may be necessary to include the “Other Variations” qualifier as well to isolate the difference between this campaign and the others.

Quite a bit of variation can occur within an ad set, so expect the name of your ad sets to be more descriptive.

Your ad set name could include details about any of the following:

Once again, you’d only need to provide a qualifier if it’s something that is likely to have a variation. For example, if you only use daily budgets, don’t worry about qualifying that.

Here’s a real life example of an ad set name:

The ad set title should make clear what it is doing.

There are several qualifiers to consider when designing an ad name:

If you don’t tend to use Language Optimization, there’s no reason to indicate it. Instead, indicate it when it’s the exception.

A real-life example would look like this (you’d replace each qualifier):

I didn’t include the items that weren’t relevant in the name.

Now that you know how to use naming conventions, I have good news for you: Facebook offers name templates!

When creating your campaign, click the gear icon to create a name template.

If you’ve previously created a name template, it will look like this…

Click the plus button to add an item to your name template. 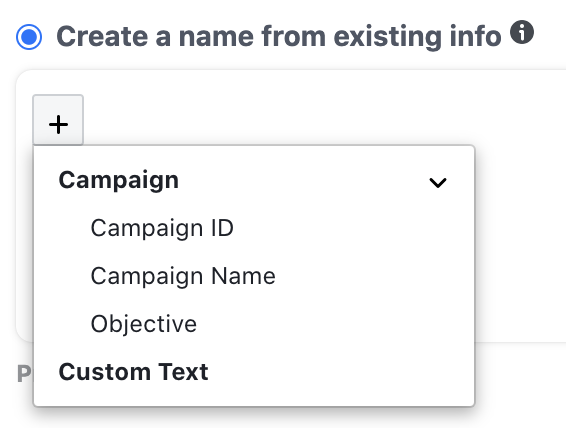 So, you can automatically pull in the campaign name, ID, or objective. You can also throw in custom text of your choice.

Click on “Additional Formatting” to determine how you want to separate each field and each item within a field. 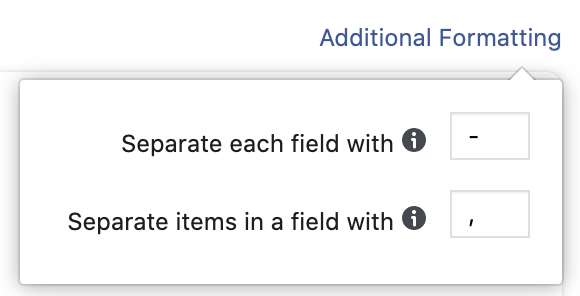 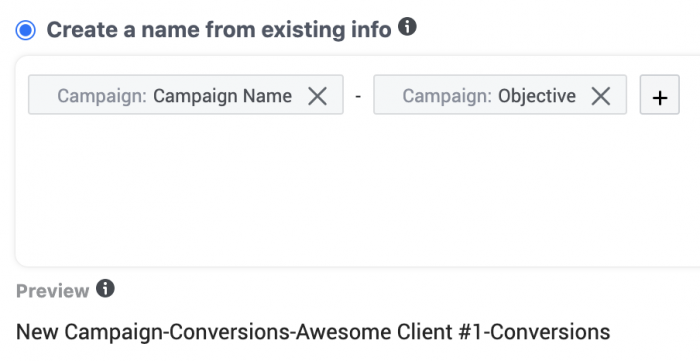 You can change or alter these names even after you apply the template. 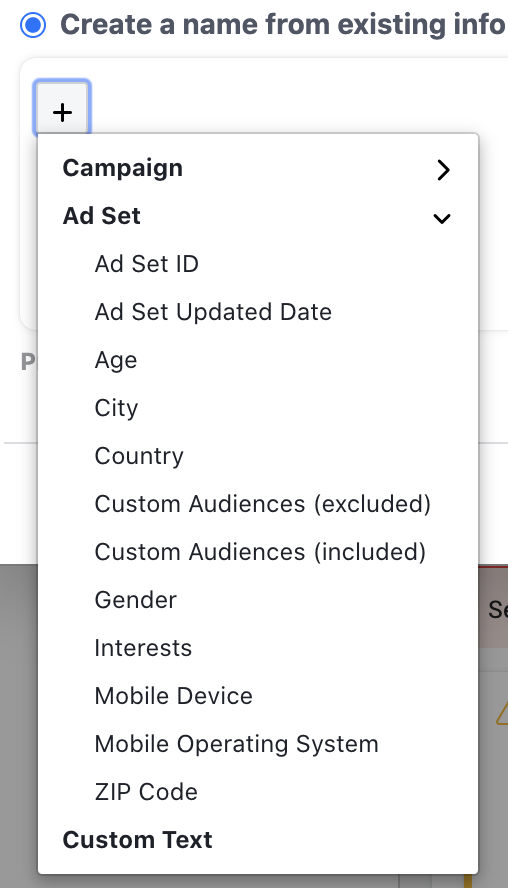 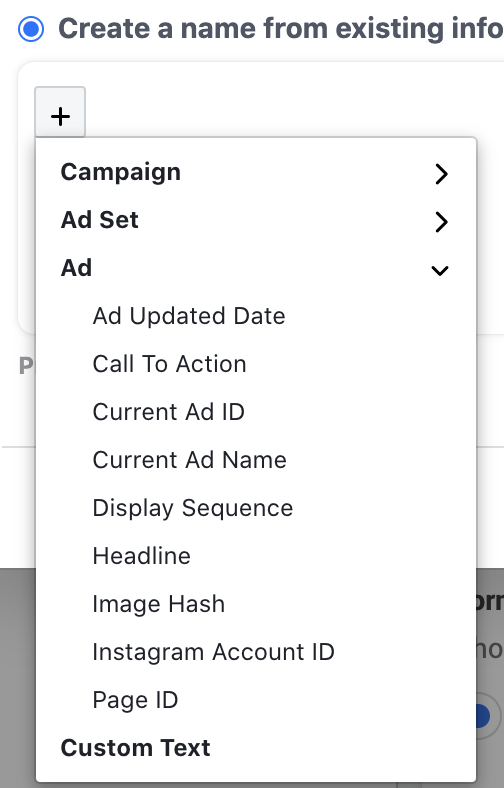 My only issue with all of this is the formatting. I wish you could add a space between the separators. Because of that, I just do it manually, like I always have.

Keep in mind that there isn’t necessarily a right and wrong naming convention. In fact, I used to be even more specific in the past. Previously, I’d include all qualifiers from the campaign within the ad set and ad names as well. I just find that to be overkill since you will always see the name of the campaign when viewing the ad set or ad.

What naming convention do you use for your campaigns? Do you use the name templates? 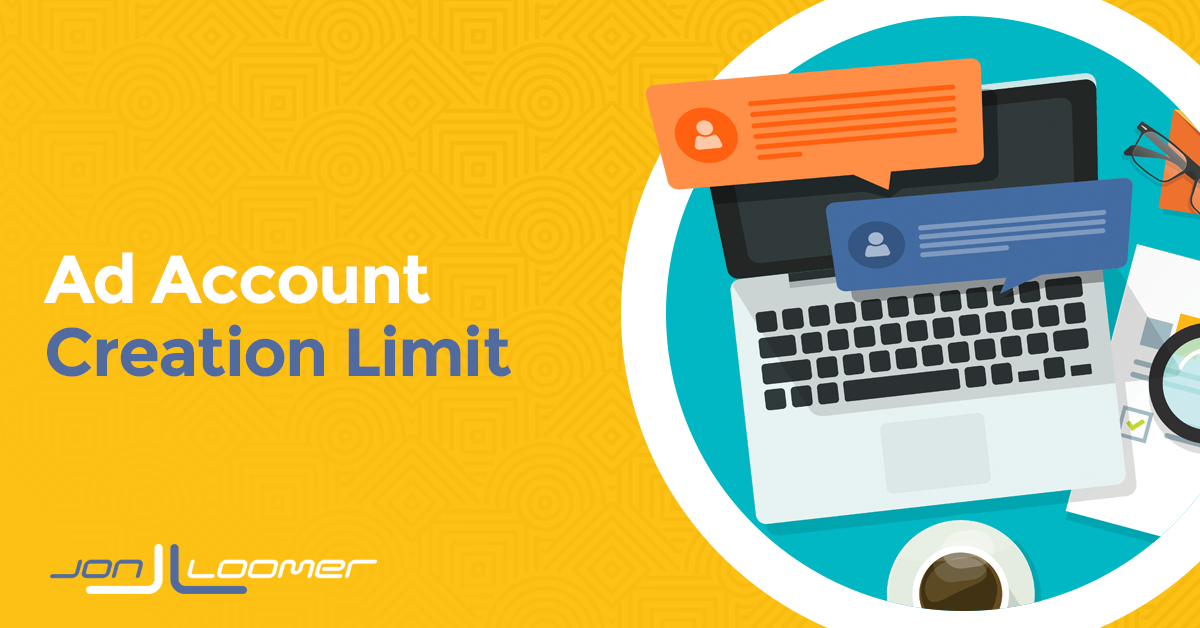 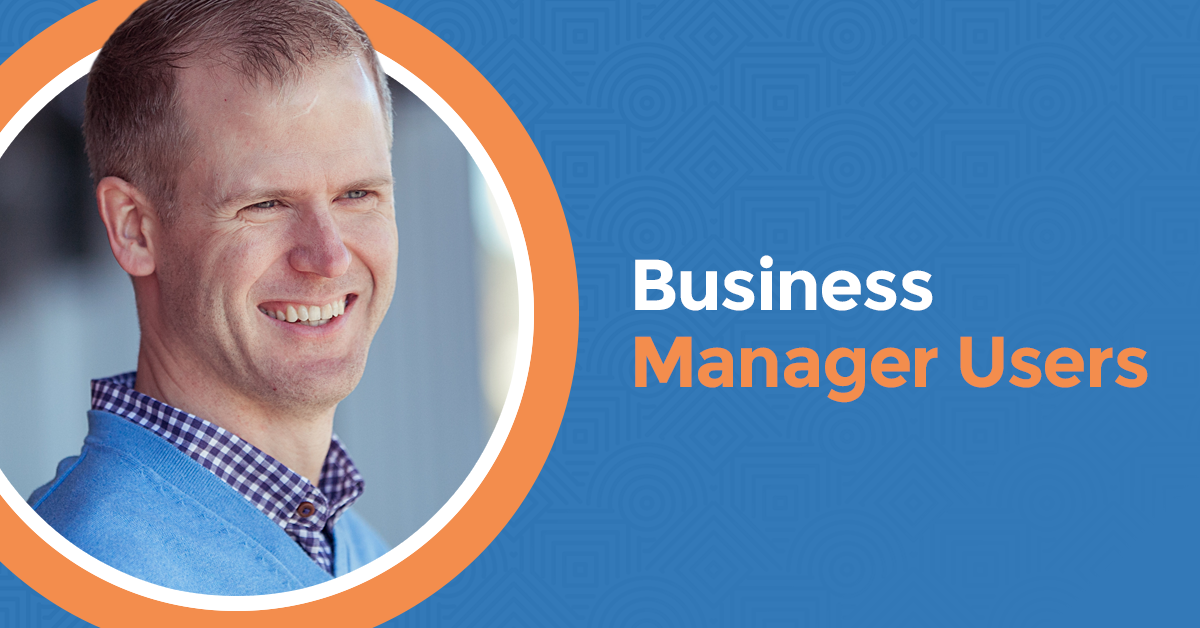 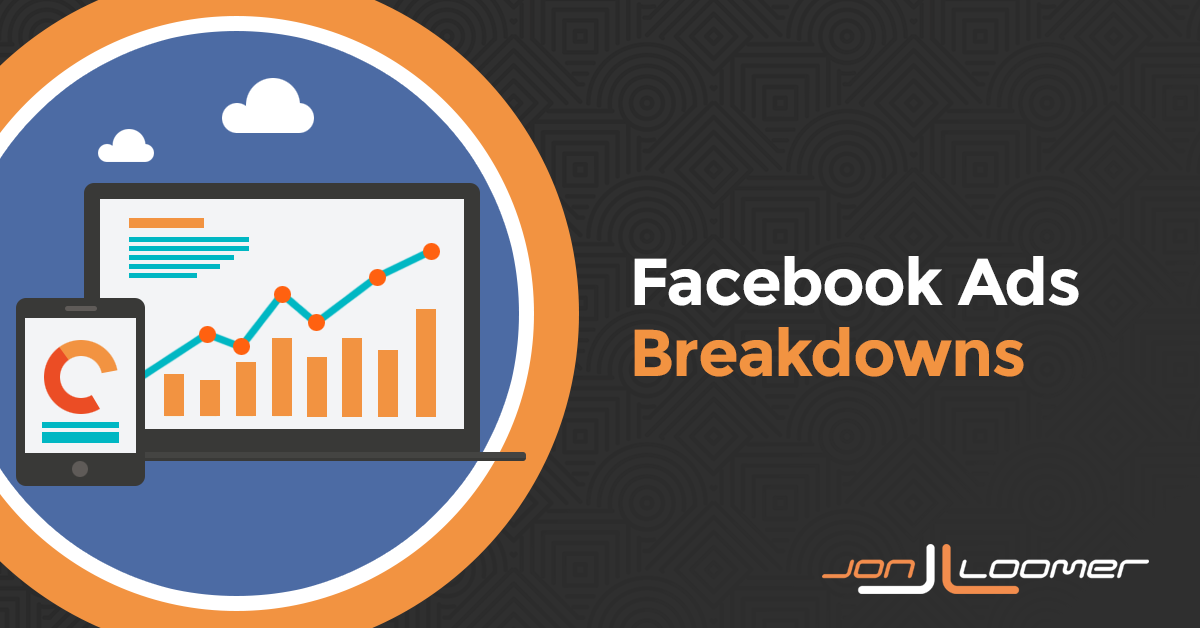