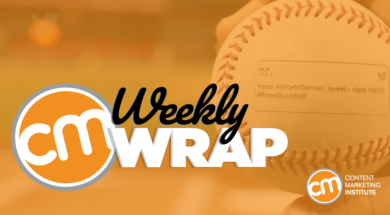 WHAT: When the Los Angeles Dodgers and Tampa Bay Rays took their first batting practice at the World Series this week, they were hitting (or missing) well wishes from their fans. In an innovative play, MLB invited fans to tweet messages to the teams, some of which would be printed on the baseballs used for batting practice.

In honor of the #WorldSeries, we’re printing your Tweets on balls used in BP 👀#FreeBaseball pic.twitter.com/w3so0ySptq

According to iPhone in Canada (yes, it’s a real site with original reporting), photos of the balls from Globe Life Field in Arlington, Texas, home of the 2020 World Series, were being tweeted by @MLB and @TwitterSports.

When you can’t get your community together in person, creative thinking can help you find ways to stay connected. MLB’s tweet-on-a-baseball idea is smart for several reasons, but we’re a fan of this one – personalization.

When you can’t get your community together in person, creative thinking can help you find ways to stay connected via @CMIContent. #WeeklyWrap Click To Tweet

Fans of the Dodgers and Rays get directly involved in the on-field action, customizing messages they hope will get published by MLB on the baseballs. (Hmm … that’s a publishing channel we haven’t discussed before.)

Of course, the fans must first publish them on Twitter with the proper hashtag, letting MLB reach those fans’ followers too.

On the first day, though, the #FreeBaseball announcement tweet hadn’t garnered the attention an account with 8.6 million followers might warrant: fewer than 1,000 replies, less than 600 retweets, and under 2,000 “likes.”

We’re not sure if that’s because of the teams playing, the decision to post the tweet midday Sunday (before the Dodgers clinched the National League spot), or perhaps because the hashtag got sufficiently hijacked as evidenced by the use of #FreeBall to talk about the Houston Astros’ cheating scandal.

HOW IT WAS DISCOVERED: We saw a tweet about it from Martin Lieberman, a friend of the @CMIContent community.

WHAT: The 2020 edition of Bite Size Halloween debuted this month. Mars (maker of M&Ms and other treats) sponsored five of the 30 diverse, genre-bending short films. (Mars has been sponsoring these short films for a few years.)

Each film is no longer than a few minutes, ranging from psychological thriller to horror comedies, created by up-and-coming filmmakers.

In Summoned, a film about a woman summoning a deceased love, M&Ms make an appearance as a character bakes them into cookies. A Mars product makes appearances in each of the other four sponsored films too. 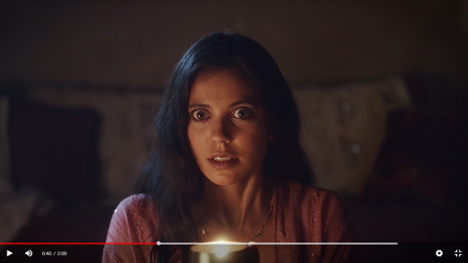 The 30 films are appearing on Freeform and FX channels as well as Hulu’s Huluween platform hub. For a sampling of the films, check out Hulu’s YouTube channel.

To watch Summoned, watch the video in the Los Angeles Times article.

“While product placement in TV shows and movies is nothing new, Disney’s effort takes the idea of sponsored content to a new level, bringing cinematic storytelling to something TikTok and YouTube influencers are already doing — entertaining fans while also promoting products,” writes Wendy Lee.

Michelle Steffes, who directed Summoned, told the LA Times: “I would want to watch a two-minute short film rather than watching four 30-second commercials. So hopefully, other people will feel the same way.”

In the LA Times article, David Worthen Brooks, executive vice president at 20th Digital Studio, said it’s an opportunity to avoid interrupting the audience (which is what ads do) and to, instead, “entertain the audience while they’re being entertained.”

We’re with Michelle and David on this one. We’d much rather be entertained than be interrupted just to be sold to.

HOW IT WAS DISCOVERED: We saw the Los Angeles Times article pop up and couldn’t resist the delicious thought of scary, bite-size sponsored content.

WHAT: How to Do Video Yourself for a Virtual Event is a helpful, fun, and practical guide to setting up your home studio. It covers camera choice and placement, audio recording advice, and lighting tips. But what makes it great is Lee. (Need some convincing? Check out the hostage, groundhog, and snob images in his article.)

Kasi Bumgarner smartly summarized the “why” when she tweeted, “Can’t recommend this guide enough for any professionals who are participating in events virtually these days! It will improve your video quality a ton.”

HOW IT WAS DISCOVERED: Lee created a version for #CMWorld presenters and mentioned this in-depth guide (article and video), published on his site, during his Ask Me Anything session at Content Marketing World last week. 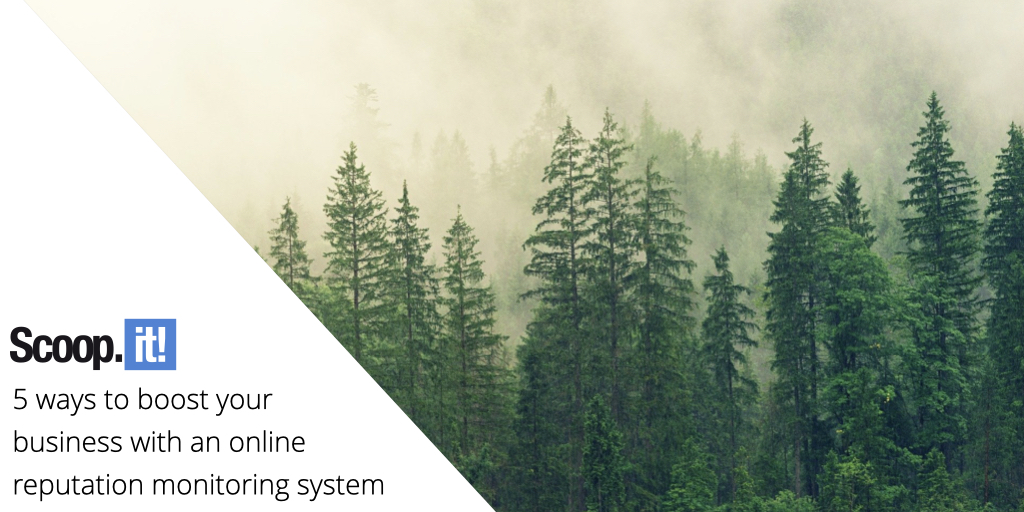 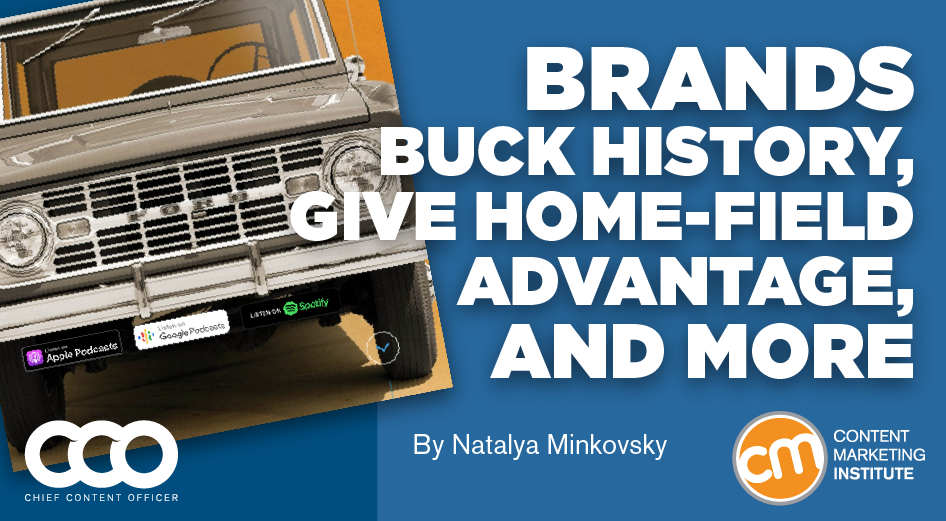